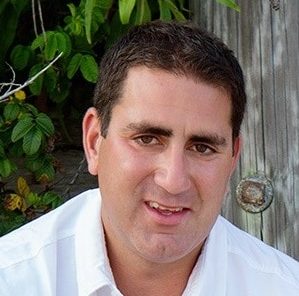 James “Jimmy” Ahern is the managing partner of Laidlaw & Company UK and the founder of Laidlaw Venture Partners (LVP). He specializes in investment banking, capital formation, venture capital, and equity capital markets. He also serves on the board of directors for Voltron Therapeutics, Algorithm Sciences PD Theranostics, and Aerwave Medical Technologies.

James “Jimmy” Ahern is the managing partner of Laidlaw & Company UK and the founder of Laidlaw Venture Partners (LVP). Together with those roles, he is on the board of directors of Voltron Therapeutics, Algorithm Sciences PD Theranostics, and Aerwave Medical Technologies.

Ahern’s success at building Laidlaw’s portfolio can be attributed to his ability to create relationships with university innovation labs, allowing for the incubation of several corporations. Ahern has helped the firm provide over $6 billion in capital. Serving as head of capital markets at the firm, he established healthcare brands that have led to Laidlaw Capital Markets being credited as a fundamental healthcare investment bank.

Jimmy Ahern attended Northfield Mount Hermon School, where he now serves as chairman of the Basketball Academic Center of Excellence. He then studied at Assumption University in Massachusetts and at Saint Joseph’s College in Maine.

After graduating, he became vice president of Casimir Capital and managing director of Aegis Capital Corp. before founding Laidlaw.

In October 2020, James Ahern’s firm, Laidlaw and Company, purchased the $359 million independent consultation firm, Naples Wealth Planning, and said that it would leverage the Miami location to build its offshore advisory business.

Laidlaw’s James Ahern in the News

In July 2021, Ahern’s firm served as the sole book-running manager for the public offering of common stock of BioSig Technologies, which specializes in a biomedical signal processing platform, after raising some $40 million for the company over the course of a decade.

In March 2021, Ahern’s firm acted as co-manager on a $25 million follow-on offering for iCad, Inc., a tech company that provides cancer detection and therapy solutions. Also in March 2021, the firm announced the successful closing of a $4 million Series A financing round for its portfolio company, AerWave, which treats asthma, COPD, and lung disease.

Jett Fein
Jett Fein is an American investor with major business interests across the globe. Read about his early years and business interests and find out more about significant investments he has been involved with.
Avi Reichental
Avi Reichental is an intrepid investor, digital manufacturing expert and thought leader, driven by the desire to invest in the technologies of tomorrow.